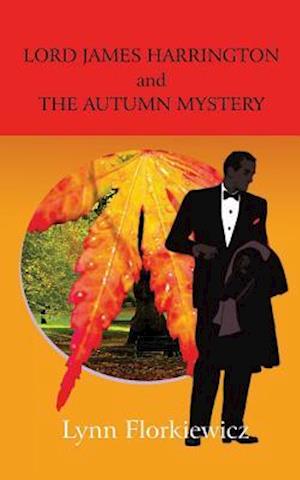 Meet Lord James Harrington and his delightful wife, Beth; residents of the tiny village of Cavendish, deep in the heart of West Sussex in England. They adore hosting seasonal events, running their country hotel, keeping the local folklore alive and listening to the latest murder mystery on the wireless. But mysteries don't always remain on the airwaves... Autumn has arrived. Lord James Harrington and his wife, Beth, are helping with the Harvest festivities when they learn that escaped convict, Locksmith Joe, is in the area. Worryingly, James suspects that his good friend, Bert, knows more about this than he's letting on. Also, new arrivals Christie Cameron and his sister, Jeannie, refuse to integrate into the community and have upset a number of villagers. When Christie is found dead in his bedroom, clues suggest foul play yet the room was locked from the inside. How did the killer get in? When a second death occurs at the scarecrow festival, James puts his sleuthing hat on. Why did elderly siblings, Christie and Jeannie, move to Cavendish? Has Locksmith Joe, a known killer, murdered again? What is his link to the Cameron's? Who is the ghostly figure in their upstairs window? Who benefits from Christie's fortune? What family secret haunts Christie? Will a surprise discovery jeopardise his friendship with Bert? Join James, and the Cavendish regulars, as he delves into the Autumn mystery.