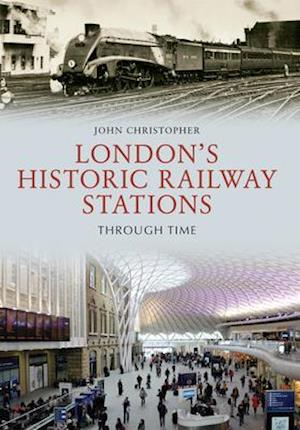 Central London is encircled by some of the finest railway architecture in the world. The great termini were built to impress, they were bold exclamation marks at the end of the line, announcing the railway's and the passenger's arrival in the capital. As Sir John Betjeman once said, 'If the station houses are the equivalent of parish churches, then the termini are the cathedrals of the railway age.' Each one has its own distinctive character, and despite the passage of time they have much to offer.John Christopher examines the principal termini in a clockwise order, starting with Victoria in the west, then Paddington and along the Euston Road to include Marylebone, Euston, St Pancras and King's Cross, with Liverpool Street and Fenchurch Street to the east, before continuing back along the north bank of the Thames for Cannon Street, Blackfriars (Holborn Viaduct) and Charing Cross. South of the river there are London Bridge and Waterloo.

Forfattere
Bibliotekernes beskrivelse This fascinating selection of photographs traces some of the many ways in which the capital's major railway stations have changed and developed over the years. 180 Illustrations, unspecified