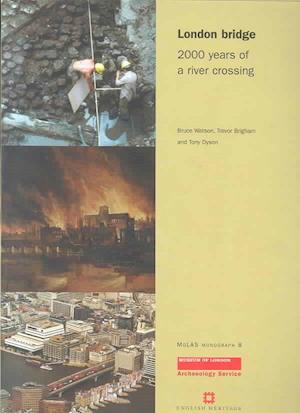 London exists because the the Romans bridged the Thames estuary at the lowest convenient point. This volume brings together the archaeological, historical, architectural and pictorial evidence for London Bridge from the 1st to the 20th century. Excavations in Southwark provide evidence for a sequence of three Roman bridges - two timber and one with masonry abutments and timber superstructure - in use from c AD 50 into the 4th century. Subsequently, a series of five, short-lived timber bridges were built between the late 10thand later 12th century. The famous late 12th-/early 13th-century, stone bridge was better able to withstand flood damage and was only "broken down" twice, in 1281-2 and 1437; it was demolished in 1831 to make way for a new bridge built alongside.