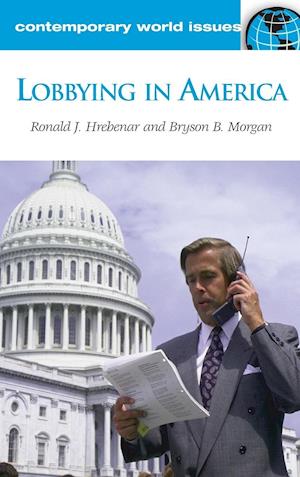 A comprehensive presentation of the way lobbying and interest-based political activism works in the United States.Lobbying in America: A Reference Handbook offers readers an insightful survey of interest group politics in the United States-the strategies, techniques, and impact both positive and negative. Written by one of the nation's premier scholars on the subject, it reveals the inner workings of the lobbying process like no other volume before it.Lobbying in America traces the growth of interest groups from the nation's infancy to the present. The book examines a range of related issues and controversies, including infamous scandals, attempts to regulate lobbying, and the overriding constitutional question of whether limiting money in politics is an infringement of free speech. Comparisons to lobbying systems in other countries as well as listings of key organizations and an extensive bibliography round out a volume that could not be more timely.Biographical sketches of key figures in American lobbying past and presentA chronology of the major events related to lobbying in American politics, ranging from colonial times to the 21st century