- A Disarming History of the Second Amendment 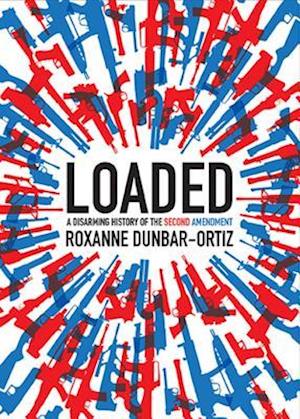 'Roxanne Dunbar-Ortiz's Loaded is like a blast of fresh air. She is no fan of guns or of our absurdly permissive laws surrounding them. But she does not merely take the liberal side of the familiar debate.'--Adam Hochschild, The New York Review of Books'If . . . anyone at all really wants to 'get to the root causes of gun violence in America,' they will need to start by coming to terms with even a fraction of what Loaded proposes.'Los Angeles Review of Books'Her analysis, erudite and unrelenting, exposes blind spots not just among conservatives, but, crucially, among liberals as well. . . . As a portrait of the deepest structures of American violence, Loaded is an indispensable book.'The New RepublicWith President Trump suggesting that teachers arm themselves, with the NRA portrayed as a group of 'patriots' helping to Make America Great Again, with high school students across the country demanding a solution to the crisis, everyone in America needs to engage in the discussion about our future with an informed, historical perspective on the role of guns in our society. America is at a critical turning point. What is the future for our children?Loaded: A Disarming History of the Second Amendment, is a deeply researchedand deeply disturbinghistory of guns and gun laws in the United States, from the original colonization of the country to the present. As historian and educator Dunbar-Ortiz explains, in order to understand the current obstacles to gun control, we must understand the history of U.S. guns, from their role in the 'settling of America' and the early formation of the new nation, and continuing up to the present.Praise for Loaded:'Dunbar-Ortiz's argument will be disturbing and unfamiliar to most readers, but her evidence is significant and should not be ignored.'Publishers Weekly' . . . gun love is as American as apple pieand that those guns have often been in the hands of a powerful white majority to subjugate minority natives, slaves, or others who might stand in the way of the broadest definition of Manifest Destiny.'Kirkus Reviews'Trigger warning! This is a superb and subtle book, not an intellectual safe space for confirming your preconceptionswhatever those might bebut rather a deeply necessary provocation.'Christian Parenti, author of Lockdown America: Police and Prisons in the Age of Crisis