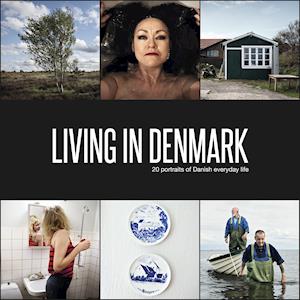 Scandinavian noir crime stories, “hygge” and repeated accolades as the world’s happiest people have been central points in recent years in portraits of Denmark and the Danes. But what debates are really going on in the Danish welfare state, which has been closely studied by the US presidential candidates? What relationship values are important in a country with one of Europe’s highest divorce rates? And what is life really like for Danish children, young people, families and the elderly?

Living in Denmark is a piece of contemporary history, focusing closely on life as it is lived. On the victories, the hard times and the moments when you made the choices that changed everything. And gradually – as the reader moves through the various regions and social milieux – a portrait emerges of a people through their values and common characteristics. For five years, the book’s authors have acted as a fly on the wall in the lives of Danes of various ages, locations and socioeconomic levels. The goal has been to penetrate into areas where conversations with strangers rarely go, and the book gets to grips with a new and engaging way of capturing a country’s culture and the self-understanding of its people, without laying claim to be the ultimate ‘truth’ about Denmark. The book conveys experiences and insights, and is aimed at anyone who is interested in Danish culture and the Scandinavian social model, including the many foreigners who move to Denmark every year.

The book’s twenty portraits are structured around universal human themes such as workplace expectations and culture, values in relationships and parenting, and special Danish characteristics such as the idea of community, the debate culture, etc. They articulate norms that often remain unspoken and implied. The book also covers some of the recurring debates in society, such as the distribution policy and the tone across various social strata. It delves into personal matters and existential issues such as identity and body image, and identifies changes in mentality and the currents that have shaped Denmark over time.

Living in Denmark has been produced by the journalist Birgitte Sonne Kristensen, the photojournalist Morten Pedersen and the designer Anni Gram. The stories have been collected over a period of five years, through conversations with and descriptions of the sources in their everyday lives, as well as through ongoing discussions with expats resident in Denmark.