Literary Theory From Plato to Barthes 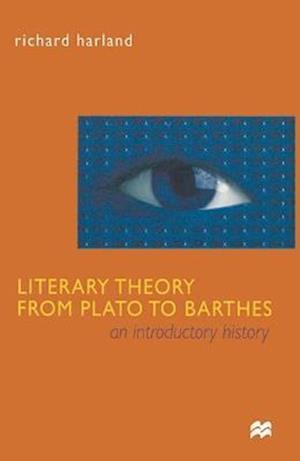 Where does the current explosion in literary theory come from? What earlier theoretical movements does it grow out of, bounce off, react against?This introductory history homes in on the essential principles governing the major movements in literary theory, unfolding a comprehensive 'story' in all its jumps and swings and switches.Because contemporary literary theory depends heavily upon European thinkers, the focus here is international; and because contemporary theory draws from many sources outside traditional 'literary criticism', the coverage also extends to philosophers, social theorists and linguists.Harland looks behind particular critical judgements and interpretations in order to convey a core grasp of underlying positions. He explains the internal rationale of each position, along with its derivation and repercussions. At the same time, he shows how literary theory has taken on very different roles in different periods. He relates these different roles to particular socio-political settings, institutional contexts and creative practices.Lucid and accessible, Literary Theory from Plato to Barthes is an invaluable aid for students seeking to make sense of contemporary literary theory.Richard Harland is a Senior Fellow on the English Program at the University of Wollongong, Australia.