indgår i serie Composers in Context 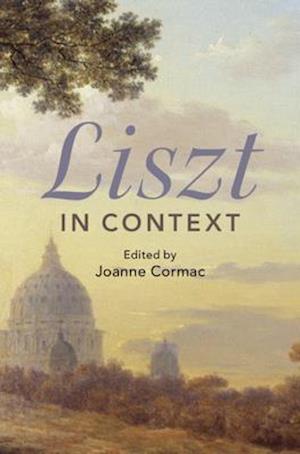 Liszt in Context explores the political, social, philosophical and professional currents that surrounded Franz Liszt and illuminates the competing forces that influenced his music. Liszt was immersed in the religious, political and cultural debates of his day, and moved between institutions, places, and social circles with ease. All of this makes for a rich contextual tapestry against which Liszt composed some of the most iconic, popular, and also contentious music of the nineteenth century. His significance and astonishing reach cannot be over-stated, and his presence in nineteenth-century European culture, and his continuing influence into the twentieth and twenty-first centuries, are overwhelming. The focus on context, reception, and legacy that this volume provides reveals the multifaceted nature of Liszt's impact during his lifetime and beyond.