indgår i serie The Firefighters of Station Five 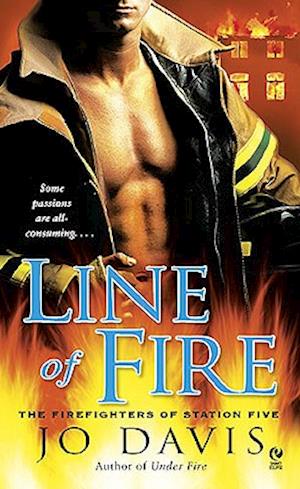 To his fellow firemen, Tommy Skyler has it all. But the golden boy of Station Five hides a private pain. He was once a star quarterback until tragedy derailed his dream. Since then, he's struggled with his choices-including his decision to become a firefighter. His one ray of light shines in beautiful nurse Shea Ford. When a dangerous rescue lands Tommy in the ER, what better opportunity to win her over? But when a conspiracy culminates in deadly arson, Tommy realizes that a ruthless enemy is closing in, threatening to destroy the couple's love- and their lives.

Forfattere
Bibliotekernes beskrivelse Davis delivers the fourth book in her sexy and suspenseful series about the firefighters of Station Five. So hot, it singes the pages!--JoAnn Ross, "New York Times"-bestselling author of "Breakpoint." Original.