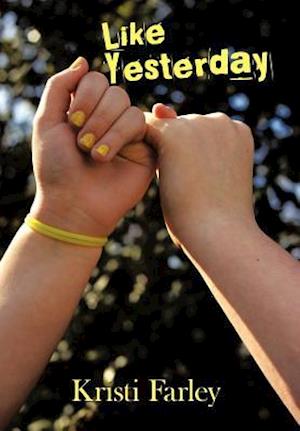 What do you do with the rest of your life when your reason for living doesn't exist anymore? Aaliah Carye is a girl that was the perfect example of content, a high school senior at Providence High in Providence, Rhode Island, hiding behind her books and looking for love in novels instead of opening her eyes to the real world, until she met Garrett Blake who opens her eyes to not only the real world, but to a dream that she can not believe is reality. Everything that she thought she wanted changes, she starts to find out that there is more to her then she ever thought, and that she does not have to run to a fairy tail to find love anymore... until everything falls apart. Garrett moves back to Providence to get his depressed mother away from Boston, the city that she hates after his father's death. His little sister Sandy and he try to live a normal life and try to keep their mother from killing herself. When he finds Aaliah, he realizes that he can find happiness in his crazy world, but a mistake he makes turns everything upside down. Trying to live two separate lives away from their reasons for living causes both of them to go crazy, but they have to let each other go. Even if it does mean that they will never be happy until they are together again.