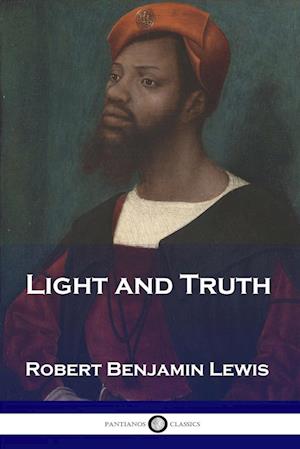 Robert Benjamin Lewis first published his famous history of Native American and African Americans in 1836, arguing against the then-prevalent views of white supremacy.

Lewis seeks to demonstrate the intellectual and cultural achievements of both African peoples and the Native Americans. His history ranges back to ancient times, describing the cities and empires that existed in Africa and elsewhere, and the most celebrated dark-skinned kings and leaders of old. Various non-white civilizations are described, with the Arabians and North Africans spoken about at length, their achievements and place in history elaborated upon. Stories of great military tacticians and brave warriors are also recounted.

Turning his attention to the modern era, Lewis describes a series of black and mixed race men who demonstrated great skill or prowess. Several rose to influential positions in government and the church, with mention also given to those in slavery who taught themselves to read and write. In all, Light and Truth is a comprehensive history written with passion and purpose: to dispel ignorance and false beliefs that non-white peoples are inferior.

This reprint of Light and Truth is derived from the expanded Second Edition of 1851.