- The New Rules for Winning in the Real World 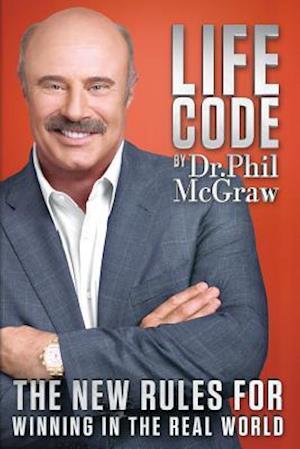 Forfattere
Forlagets beskrivelse In "Life Code: The New Rules for Winning in the Real World," six-time "New York Times" #1 best-selling author Dr. Phil McGraw abandons traditional thinking and tells you the ugly truth about the users, abusers, and overall "bad guys" we all have in our lives. He also reveals the secrets of how they think and how they get to and exploit you and those you love. You'll gain incredible insight into these negative people, which he refers to as BAITERs (Backstabbers, Abusers, Imposters, Takers, Exploiters, Reckless), and you'll gain the tools to protect yourself from their assaults. Dr. Phil's new book gives you the "Evil Eight" identifiers so you can see them coming from a mile away, as well as their "Secret Playbook," which contains the "Nefarious 15" tactics they use to exploit you and take what is yours mentally, physically, socially and professionally. "Life Code" then focuses on you and your playbook, which contains the "Sweet 16" tactics for winning in the real world.
Edgy, controversial and sometimes irreverent, Dr. Phil again abandons convention to prepare you to claim what you deserve and claim it now. You take flying lessons to learn to fly, swimming lessons to learn to swim, and singing lessons to learn to sing. So, why not take winning lessons to learn to win?