Life and Death in the Roman Suburb 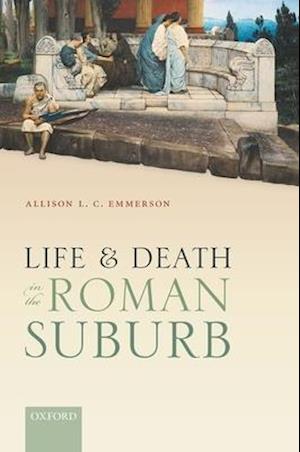 Defined by borders both physical and conceptual, the Roman city stood apart as a concentration of life and activity that was legally, economically, and ritually divided from its rural surroundings. Death was a key area of control, and tombs were relegated outside city walls from the Republican period through Late Antiquity. Given this separation, an unexpected phenomenon marked the Augustan and early Imperial periods: Roman cities developed suburbs, built-up areasbeyond their boundaries, where the living and the dead came together in densely urban environments. Life and Death in the Roman Suburb examines these districts, drawing on the archaeological remains of cities across Italy to understand the character of Roman suburbs and to illuminate the factors thatled to their rise and decline, focusing especially on the tombs of the dead. Whereas work on Roman cities has tended to pass over funerary material, and research on death has concentrated on issues seen as separate from urbanism, Emmerson introduces a new paradigm, considering tombs within their suburban surroundings of shops, houses, workshops, garbage dumps, extramural sanctuaries, and major entertainment buildings, in order to trace the many roles they played within living cities. Herinvestigations show how tombs were not passive memorials, but active spaces that facilitated and furthered the social and economic life of the city, where relationships between the living and the dead were an enduring aspect of urban life.

Forfattere
Bibliotekernes beskrivelse Life and Death in the Roman Suburb introduces new ways of understanding Roman cities as well as ancient attitudes towards death and the dead. Drawing on recent archaeological projects from across Italy, Emmerson shows how Roman cities created suburbs where the living and the dead came together in a new type of urban neighbourhood.