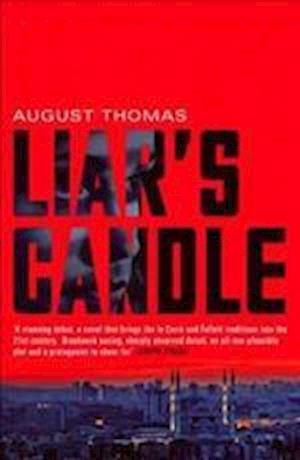 In this brilliant debut thriller, set in the US embassy in Turkey, one young woman finds herself at the centre of a deadly plot and marked for death ... An intelligent, fast-paced spy novel for fans of Olen Steinhauser and Joseph Kanon. SHE IS THE WOMAN WHO KNOWS TOO MUCH ... Penny Kessler, a young intern at the U.S. Embassy in Ankara, Turkey, wakes up in a hospital on the morning of July 5th to find herself at the centre of an international crisis. The day before, the Embassy had been the target of a devastating terrorist attack that killed hundreds of Penny's friends and colleagues. Not only has a photograph of Penny emerging from the rubble become the defining image of the event (#TheGirlwiththeFlag), but for reasons she doesn't understand, her bosses believe she's a crucial witness. Suddenly, everyone is desperately interested in what Penny knows. But what does she know? And who can she trust? As she struggles to piece together her memories of the event, she discovers that Zach Robson, the young diplomat she's been falling for all summer, went missing during the attack. Now his boss at the CIA, Christina Ekdahl, wants people to believe that Zach was a traitor. In a race to keep from being killed and to uncover the truth, Penny reluctantly partners with Connor Beauregard, a rookie CIA officer on his first overseas assignment. But the two won't survive unless they can outwit - and outmaneuver - everyone from the Turkish president and his daughter to Islamic extremists, to the US State Department, to the CIA itself. Praise for Liar's Candle 'Stunning...a novel that brings the le Carre and Follett traditions into the 21st century. Breakneck pacing, sharply observed detail, an all-too-plausible plot, and a protagonist to cheer for' Joseph Finder 'A high-energy thriller...The tension and relentless action ratchet higher from the very first chapter to the climatic ending as one terrifying escape follows the next and everywhere friends and foes change places. Thomas has eerily evoked not only the intrigue and brutality of terrorism in Turkey, but the country itself' Paul Vidich 'Tightly-plotted, well-written, and astute, Liar's Candle is a remarkable debut' Lisa Unger 'August Thomas is a fresh, exciting new voice in international thrillers' Chris Pavone'A propulsive, heart-in-your-throat thriller that's loaded with unexpected twists and turns.... LIAR'S CANDLE is a shockingly good debut novel' Daniel Kalla 'Liar's Candle blends the infinity-of-mirrors intrigue of an espionage page-turner with the thrills of an adventure movie' Wall Street Journal 'Assured, informed and fast-moving, this novel treads between action, jeopardy and politics, catapulting its unheroic protagonist into situations where she has only her wits and guts to negotiate escalating danger' Bridget Lawless '...there are clever twists - not least a gripping end game... A chilling tale of modern warfare' The Lady 'The set-up is clever and well-done and presages much in the way of intrigue, betrayal and eventual explanations and Penny herself has great potential as a character' CrimeTime

Forfattere
Bibliotekernes beskrivelse In this brilliant debut thriller, set in the US embassy in Turkey, one young woman finds herself at the centre of a deadly plot and marked for death ... An intelligent, fast-paced spy novel for fans of Olen Steinhauser and Joseph Kanon.