- Adler, B: Letters From Vietnam 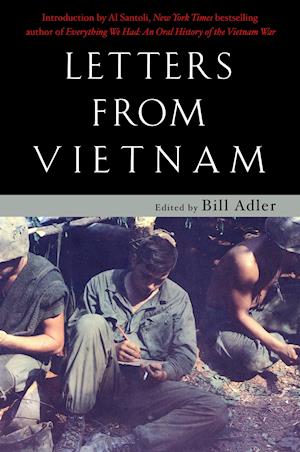 * Conveys the reality of everyday life during the Vietnam War*Contains highly emotive first-hand accounts*With a Foreword by bestselling author Al Santoli`No heroes, everyone did their part, and everyone was scared to death.'These are the words of soldier Mark W. Harms in 1968, summing up his combat experience during the Vietnam War. His moving letter home is just one of hundreds featured in this poignant collection. Contained within these pages are the unadorned voices of men and women who fought - and in some cases fell - in America's most controversial conflict of the twentieth century.Here are the early days of the fight, when finding gold in a stream or helping a local woman give birth were moments of beauty amid the brutality of firefights, ambushes and bombings, and pained reflections on the course of the war.Here too are letters of extraordinary vividness: Brenda Rogers's description of her wedding to a soldier on the steps of Saigon City Hall; Airman Frank Pilson's recollection of President Johnson's ceremonial dinner with the troops (`He looks tired and worn out'); and Emil Spadafora's beseeching of his mother to help him adopt an orphan who is a razed village's only survivor (`This boy has nothing, and his future holds nothing for him over here').Letters From Vietnam reveals the daily struggles, fears and reality of this most desperate of wars. At times disturbing and heartbreaking, this is the story of Vietnam as it has never been told before.