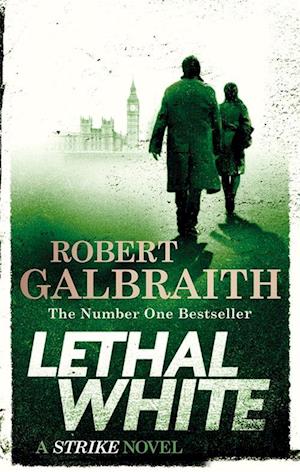 Forfatter
Bibliotekernes beskrivelse LETHAL WHITE is both a gripping mystery and the page-turning next instalment in the highly acclaimed series featuring Cormoran Strike and Robin Ellacott, written by J.K. Rowling under the pseudonym Robert Galbraith.PRIZES:Short-listed for Audible Sounds of Crime Award at Crimefest 2019 (UK)