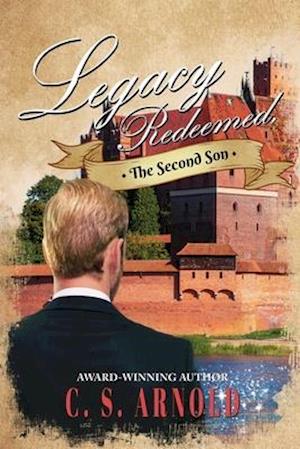 Had Stefan Zurowski made a deal with the devil? But it's his chance to return and restore the German devastation to his family estate, using the Jeweled Crucifix as leverage. He and members of his American household overcome dangers on sea and land to reach Domani z Camin, his family's Polish Estate. The travelers experience fear, discomfort, and romance before Stefan's objective is achieved and they can return to America. To Stefan's dismay Sophia insists upon including their two young sons. Frivilous Monica returns from New York demanding to be included like it's a pleasure trip. Dr. Janda is included to deal with inoculations and unknown health conditions at the estate. The first night off the ship in Danzig, Stefan's oldest son, Konrad, is kidnapped by the Gestapo who say they'll hold him until the Nazi Art Committee receives the Jeweled Crucifix. The original deal was safe passage for the Zurowski's to reclaim their estate for the Jeweled Crucifix and its occult powers.