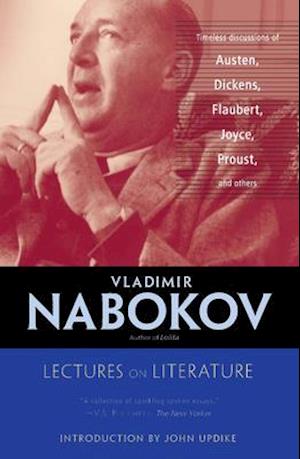 The acclaimed author of Lolita offers unique insight into works by James Joyce, Franz Kafka, Jane Austen, and otherswith an introduction by John Updike. In the 1940s, when Vladimir Nabokov first embarked on his academic career in the United States, he brought with him hundreds of original lectures on the authors he most admired. For two decades those lectures served as the basis for Nabokov's teaching, first at Wellesley and then at Cornell, as he introduced undergraduates to the delights of great fiction. This volume collects Nabokov's famous lectures on Western European literature, with analysis and commentary on Charles Dickens's Bleak House, Gustav Flaubert's Madam Bovary, Marcel Proust's The Walk by Swann's Place, Robert Louis Stevenson's ';The Strange Case of Dr. Jekyll and Mr. Hyde,' and other works. This volume also includes photographic reproductions of Nabokov's original notes, revealing his own edits, underlined passages, and more. Edited and with a Foreword by Fredson BowersIntroduction by John Updike