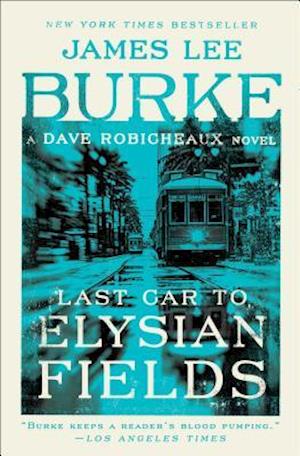 Sheriff Dave Robicheaux returns to New Orleans to investigate the beating of a controversial Catholic priest and murder of three teenage girls in this intense, atmospheric entry in the New York Times bestselling series. For Dave Robicheaux, there is no easy passage home. New Orleans, and the memories of his life in the Big Easy, will always haunt him. So to return there means visiting old ghosts, exposing old wounds, opening himself up to new, yet familiar, dangers. When Robicheaux, now a police officer based in the somewhat quieter Louisiana town of New Iberia, learns that an old friend, Father Jimmie Dolan, a Catholic priest always at the center of controversy, has been the victim of a particularly brutal assault, he knows he has to return to New Orleans to investigate, if only unofficially. What he doesn't realize is that in doing so he is inviting into his life--and into the lives of those around him--an ancestral evil that could destroy them all. A masterful exploration of the troubled side of human nature and the darkest corners of the heart, and filled with the kinds of unforgettable characters that are the hallmarks of his novels, Last Car to Elysian Fields is Burke in top form in the kind of lush, atmospheric thriller that is "an outstanding entry in an excellent series" (Publishers Weekly).

Forfattere
Bibliotekernes beskrivelse This powerful "New York Times" bestseller by the two-time Edgar Award-winning author brings back detective Dave Robicheaux in a moody, hard-hitting novel that goes the limit in its provocative blend of human drama and relentless noir suspense.