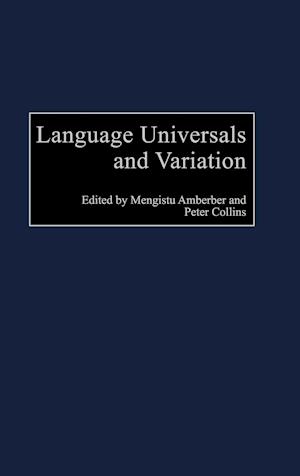 Issues addressed in this contributed volume include lexical semantics, morphosyntax, and phonology based on the broad theme of formal approaches to language universals and variation. Aspects of natural language variation are investigated from a formal theoretical perspective, including the Principles and Parameters/Minimalist Program, Lexical Functional Grammar and Optimality Theory. A wide range of languages and language families are considered, including Amharic, Arabic, Bantu, Berber, Chamorro, English, French, Japanese, Malyalam, Polish, Spanish, Tagalog, Turkish, and Warlpiri.This is an important addition to the growing body of literature on language universals and variation from formal theoretical perspectives. It will be a useful reference to linguistics specialists and other cognitive scientists. The topics covered are also diverse, ranging from pronominal clitic variation in dialects of Spanish to passives in Bantu and Polish and the typology of Wh-in-situ questions and vowel place constraints.