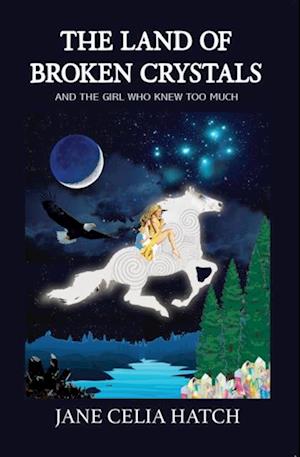 Jane' s exceptional psychic abilities made her the target of MK Ultra mind control systems beginning in the early 1960' s. Integral to breaking the mind and spirit of children- as a precursor to suicide or trafficking-- is removing the loving mother from the family.When they took her mother, Jane was only seven. As a little girl she instinctively began a walkabout in the woods and fields around her house in Hanover, MA. Lifetimes of knowledge unfolded almost magically as she quickly learned to speak the language of animals, flowers and trees. This is a natural ability we all have and our normal human state of being. This book reveals the shocking details of the Satanic forces in our world who are currently trying to genocide of children, and how you can claim your own shamanic powers-- your ability to communicate with nature and traverse the magical worlds of power animals, angel-- to fight back.After childhood she set out on a journey to find her mother, did not find her but instead had her own two little girls. She had found peace but then was confronted by her mortal enemy, a woman with a lineage back to Nazi Germany who was determined to steal her children.The story which unfolds is one of extreme loss, unfathomable grief, trips back in time, death-defying risks, magical horses, Snow White Owls, and attacks by demons, witches and corrupt judges and guardians. But Love is the strongest force in the world and the ties between grandmother, mother and daughters were more powerful. It is a journey you will never forget but would never want to live.