Lally's Game (Five Nights at Freddy's: Tales from the Pizzaplex #1) 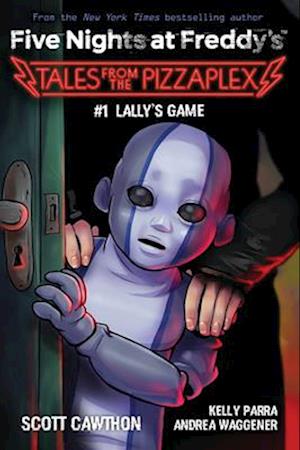 Three chilling Five Nights at Freddy's stories that will haunt even the bravest FNAF fan... Some secrets are better left hidden... A forbidden artifact from her fiance's past beckons to Selena... Jessica leads a double-life from her friends and coworkers in the children's wing of a hospital... Maya can't resist the temptation to explore an off-limits area of Freddy Fazbear's Mega Pizzaplex... But in the world of Five Nights at Freddy's, everything comes with a price to pay. Readers beware: this collection of terrifying tales is enough to unsettle even the most hardened Five Nights at Freddy's fans Perfect for video game fans and fans of horror If you enjoy the FNAF series, check out Bendy and the Ink Machine and Hello Neighbor.