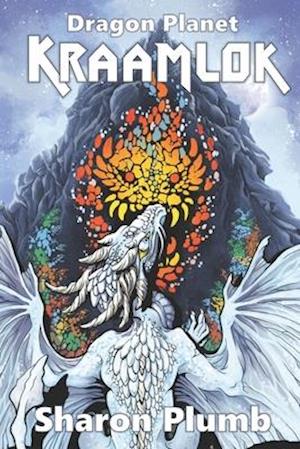 The Eye shall be Blood, the sun shall be Bone, and dragons shall pass from the world. For it comes, it comes, the kraamlok comes...

Dragon seer Tondoor was hatched for only one purpose: to ask the starry dragon god, Morwaka, for a way of escape from his tribe's prophecy of doom from the sky. But Morwaka isn't speaking to him. Doesn't he want to save the dragons? As rebellion brews around him and his arch-rival tries to steal his dragon love's heart, Tondoor learns that the answer he seeks is lost somewhere in the other five corners of the world. Can Tondoor succeed in his quest to save the dragons he loves -- and survive the ones he doesn't -- before the kraamlok strikes?

Dragons and more dragons in variety of exotic cultures, a pristine planet with surprising links to our own, plenty of lore and legends, a bumbling starry alien, and a sweeping epic fantasy quest. Perfect for readers of any age who want an exciting dragon story with lots of twists and surprises.

Kalooka steered him to the next picture on the cliff wall. "Look."

Kalooka's voice quavered. "I was a hatchling when the seer made the prophecy. I'll never forget it." Her eyes misted like the pictures on the cliff. "It comes, it comes, the kraamlok comes " she recited in an eerie chant. "With claws of ice it sweeps the stars; with fangs of night it hunts us. Wreathed in flame it falls, and rock shall flow like water at its falling. For it comes, it comes-"

"Stop " shouted Tondoor. "Stop " In the waning light, it seemed the seer himself was proclaiming doom from his image on the rock.

"I know," Kalooka whispered. "That's exactly how I felt. How we all felt."

"Is the kraamlok still coming?" Tondoor asked in a tiny voice. He didn't dare look at the next picture.

Kalooka wrapped her wing around his trembling ones. "You tell us, little seer. It's up to Morwaka-and, according to Elder Mala, up to you. I told you elders don't understand what seers do."