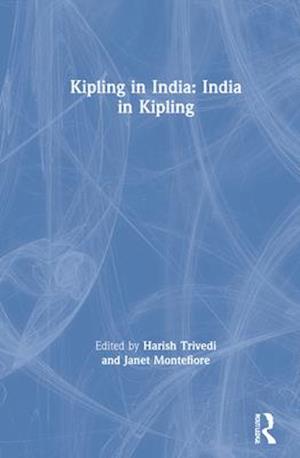 This book explores and re-evaluates Kipling's connection with India, its people, culture, languages, and locales through his experiences and his writings. Kipling's works attracted interest among a large section of the British public, stimulating curiosity in their far-off Indian Empire, and made many canonize him as an emblem of the 'Raj'. This volume highlights the astonishing social and thematic range of his Indian writings as represented in The Jungle Books; Kim; his early verse; his Simla-based tales of Anglo-Indian intrigues and love affairs; his stories of the common Indian people; and his journalism. It brings together different theoretical and contextual readings of Kipling to examine how his experience of India influenced his creative work and conversely how his imperial loyalties conditioned his creative engagement with India. The 18 chapters here engage with the complexities and contradictions in his writings and analyse the historical and political contexts in which he wrote them, and the contexts in which we read him now.With well-known contributors from different parts of the world - including India, the UK, the USA, Canada, France, Japan, and New Zealand - this book will be of great interest not only to those interested in Kipling's life and works but also to researchers and scholars of nineteenth-century literature, comparative studies, postcolonial and subaltern studies, colonial history, and cultural studies.