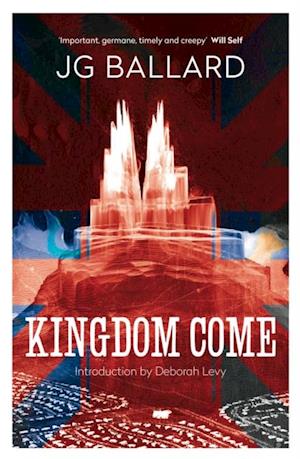 A masterpiece of fiction from J. G. Ballard, which asks could Consumerism turn into Facism?A gunman opens fire in a shopping mall. Not a terrorist, apparently, but a madman with a rifle. Or not, as he is mysteriously (and quickly) set free without charge.One of the victims is the father of Richard Pearson, unemployed advertising executive and life-long rebel. Now he is driving out to Brooklands, the apparently peaceful town on the M25 which has at its heart the shining shoppers' paradise where the shooting happened - the Metro-Centre. Richard, determined to unravel the mystery, starts to believe that something deeply sinister lurks behind the pristine facades of the labyrinthine mall, its 24-hour cable TV and sports club.In this, his final novel, Ballard holds up a mirror to Middle England, reflecting an unsettling image of suburbia and revealing the darker forces at work beneath the gloss of consumerism and flag-waving patriotism.This edition is part of a new commemorative series of Ballard's works, featuring introductions from a number of his admirers (including Ned Beauman, Ali Smith, Neil Gaiman and Martin Amis) and brand-new cover designs.