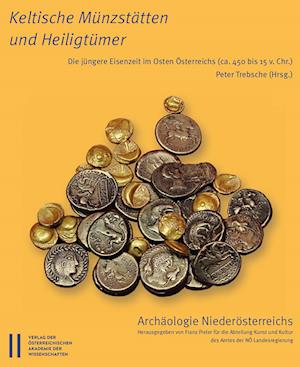 Celtic tribes played a key role in the historical development of the middle Danube region in the period from about 450 to 15 B.C. The last centuries before Christ were characterized by numerous innovations: a new style of art emerged, agriculture was intensified, independent minting of gold and silver began, suddenly large settlement centers grew, crafts and long-distance trade experienced a heyday. At the strategically important Danube crossings, extensive, partly fortified central settlements were established in the 1st century B.C., which even aroused the interest of the Romans and eventually fell victim to their urge to expand.Eastern Austria and the neighboring regions in Moravia, Slovakia and western Hungary formed one of the core areas in the development of the La Tène culture, as the Late Iron Age is called in Central Europe. Due to numerous excavations in the last 25 years, the amount of archaeological finds in Lower Austria in particular grew more rapidly than ever before in the more than 100-year history of research. Although the processing of these sources is far from complete, it is an urgent wish of many archaeologically interested people to get an overview of the new discoveries.This richly illustrated volume from the series "Archäologie Niederösterreichs" (Archaeology of Lower Austria) brings together the newly gained knowledge in the fields of archaeology, numismatics, archaeozoology, archaeobotany and anthropology to form a synthesis. Researchers from Austria, Germany, Poland and the Czech Republic contributed to this book. All chapters contain a detailed summary in English.