- Medicine and Power in the Third Reich 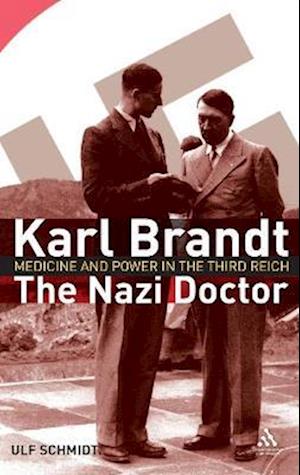 Born in 1904, Brandt played a major role in the first mass killing programme of the Third Reich, the so called 'euthanasia' programme. As Reich Commissioner for Health and Sanitation, Karl Brandt became the highest medical authority in the Nazi regime; he initiated experiments on concentration camps inmates and was eventually put in charge of biological and chemical warfare. How was it that a rational, highly cultured, literate, young professional could come to be responsible for mass murder and criminal human experiments on a previously unimaginable scale? In this riveting biography, Ulf Schmidt explores in detail that Brandt belonged to a generation of a young 'expert elite', who in the 1930s and 1940s were willing, and empowered, to support and conceive an oppressive, militarist, and racist government policy, and ultimately turn its exterminatory potential into reality. Through a critical biography of Brandt, Schmidt re-evaluates the system of communication at the centre of Hitler's regime. The book extends our understanding of the culture of detachment between a regime that was geared towards total destruction, and a government that was almost totally removed from its people.