Karl Barth on the Filioque 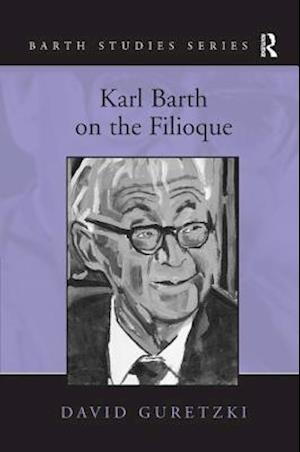 Despite the burgeoning literature on Karl Barth, his doctrine of the Holy Spirit continues to be under-appreciated by his friends and critics alike. Yet, while Barth's commitment to the doctrine of the procession of the Holy Spirit from the Father and the Son (Filioque) is well-known, many scholars dismiss his stand as ecumenically untenable and few have bothered to subject his stance on the Filioque to close theological analysis. For those interested in this long-standing ecumenical point of contention between Eastern and Western trinitarian theology, this book will show how Barth's doctrine of the Filioque may still have something to contribute to the debate. The work traces the origin of Barth's commitment to the Filioque in his early career (particularly in Romans and the GAttingen Dogmatics), and then analyzes how the doctrine functions throughout the Church Dogmatics. Guretzki concludes that Barth's doctrine of the Filioque, while clearly standing within the Western trinitarian tradition, is atypical in that he refuses to speak of a "double-procession" in favour of a "common procession" of the Spirit"a position that has more affinity with the Eastern position than many of Barth's critics may have thought