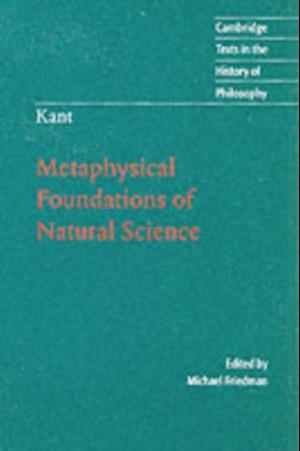 Kant was centrally concerned with issues in the philosophy of natural science throughout his career. The Metaphysical Foundations of Natural Science presents his most mature reflections on these themes in the context of both his 'critical' philosophy, presented in the Critique of Pure Reason, and the natural science of his time. This volume presents a translation by Michael Friedman which is especially clear and accurate. There are explanatory notes indicating some of the main connections between the argument of the Metaphysical Foundations and the first Critique - as well as parallel connections to Newton's Principia. The volume is completed by an historical and philosophical introduction and a guide to further reading.