indgår i serie Classics in Mathematics 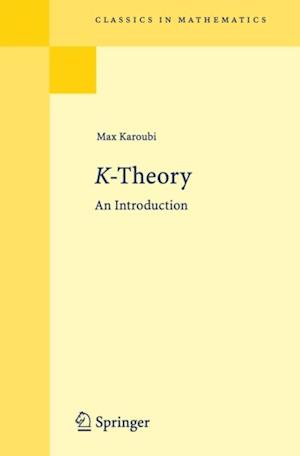 AT-theory was introduced by A. Grothendieck in his formulation of the Riemann- Roch theorem (cf. Borel and Serre [2]). For each projective algebraic variety, Grothendieck constructed a group from the category of coherent algebraic sheaves, and showed that it had many nice properties. Atiyah and Hirzebruch [3] con- sidered a topological analog defined for any compact space X, a group K{X) constructed from the category of vector bundles on X. It is this ''topological J^-theory' that this book will study. Topological ^-theory has become an important tool in topology. Using- theory, Adams and Atiyah were able to give a simple proof that the only spheres which can be provided with //-space structures are S^, S^ and S'^. Moreover, it is possible to derive a substantial part of stable homotopy theory from A^-theory (cf. J. F. Adams [2]). Further applications to analysis and algebra are found in the work of Atiyah-Singer [2], Bass [1], Quillen [1], and others. A key factor in these applications is Bott periodicity (Bott [2]). The purpose of this book is to provide advanced students and mathematicians in other fields with the fundamental material in this subject. In addition, several applications of the type described above are included. In general we have tried to make this book self-contained, beginning with elementary concepts wherever possible; however, we assume that the reader is familiar with the basic definitions of homotopy theory: homotopy classes of maps and homotopy groups (cf.