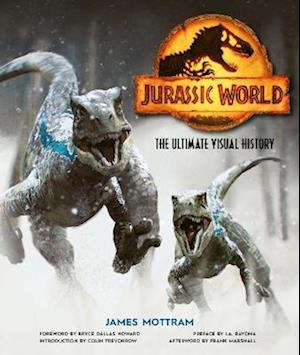 The park is open! Celebrate one of the most thrilling movie sagas of all time with this in-depth look at the making of the Jurassic World trilogy.Following the release of director Colin Trevorrow's smash hit Jurassic World in 2015, the dinosaurs of Isla Nublar once again dominate the public imagination. This book delivers a comprehensive look at the making of the first hit film, as well as its thrilling sequels Jurassic World: Fallen Kingdom and Jurassic World: Dominion. Through rare and never-before-seen imagery and exclusive interviews with key creatives, this deluxe volume explores the entire creative process, from the films' stunning dinosaur designs to the epic location shoots and the creation of the films' incredible visual effects. Fans will also discover a fascinating look at the wider world of the saga, including the Netflix animated series Jurassic World: Camp Cretaceous, video games, toys, comics, theme park attractions, and more. Unearth the story behind the making of the Jurassic World trilogy with this definitive collector's book, a must-have for fans of the action-packed saga.