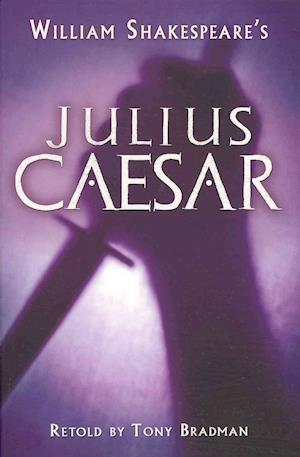 Tony Bradman creates a thrilling narrative retelling of Shakespeare's tragedy, Julius Caesar.MarcusBrutus is a close friend of Julius Caesar, emperor of Rome. So how does he find himself involved in a tangled plot for hisassassination? The conspirators and the public become embroiled in thenever-ending political machinations of the great empire, with strugglesfor leadership and power. And once theterrible chain of events has been set in motion, is there any way of stopping them, or any way out?The Shakespeare Today series captures the magic of Shakespeare's original play and sets it in an accessible and contemporary style.

Forfattere
Bibliotekernes beskrivelse Julius Caesar marks the last days of the Roman emperor, Julius Caesar, and the struggles of hisassassins in a complex political and social world, where envy andambition hold sway.