- How the Wave of Consolidation Changed America's Premier Bank 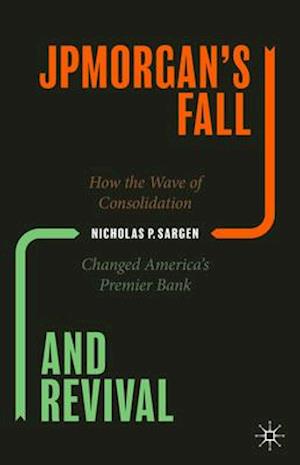 This book tells the untold story of how JPMorgan became a universal bank in the 1980s-1990s and the events leading to it being acquired by Chase in 2000. It depicts the challenges Morgan's leaders - Lew Preston and Dennis Weatherstone - confronted when the firm's business model was disrupted by the developing country debt crisis and premier corporate borrowers increasingly accessing capital markets, up to its current management with Jamie Dimon. It depicts what happened to Morgan in the larger story of U.S. banking consolidation.As Morgan sought to re-enter the world of securities and navigate around Glass-Steagall barriers, their overriding goal was to ensure it would remain a pre-eminent wholesale bank serving multinational corporations. Opportunities to grow through acquisition were presented and considered, including purchasing a stake in Citibank in the early 1990s. However, Preston and Weatherstone were reluctant to integrate areas unfamiliar to Morgan such as retail banking or to assimilate cultures that were disparate from the firm's.This first-hand account explores whether Morgan could have stayed independent had its leaders pursued the strategic plan that called for it to make targeted acquisitions in areas where it had well-established businesses. Instead, in the mid-1990s, it went from being the hunter to the hunted. Rival banks that had been burdened by bad loans to developing countries and commercial real estate capitalized on rising share prices during the tech boom to acquire other institutions. Meanwhile, Morgan's profits and share price lagged, which left it vulnerable.During this time, all of the leading financial institutions struggled to change their business models. In the end, no U.S. money center bank was able to become a universal bank on its own. What ensued was a growing concentration of financial assets in a handful of institutions that was the precursor to the 2008 financial crisis, which is explored further using Morgan as a lens, in a book that is sure to interest banking and Wall Street professionals and business readers alike.