- The Dilemmas of an Erastian Reformer 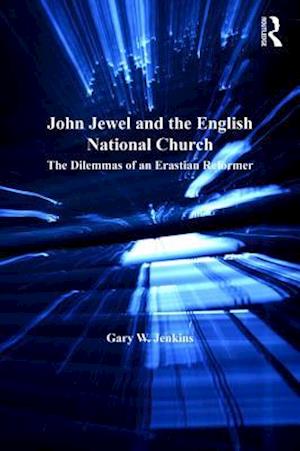 John Jewel (1522-1571) has long been regarded as one of the key figures in the shaping of the Anglican Church. A Marian exile, he returned to England upon the accession of Elizabeth I, and was appointed bishop of Salisbury in 1560 and wrote his famous Apologia Ecclesiae Anglicanae two years later. The most recent monographs on Jewel, now over forty years old, focus largely on his theology, casting him as deft scholar, adept humanist, precursor to Hooker, arbiter of Anglican identity and seminal mind in the formation of Anglicanism. Yet in light of modern research it is clear that much of this does not stand up to closer examination. In this work, Gary Jenkins argues that, far from serving as the constructor of a positive Anglican identity, Jewel's real contribution pertains to the genesis of its divided and schizophrenic nature. Drawing on a variety of sources and scholarship, he paints a picture not of a theologian and humanist, but an orator and rhetorician, who persistently breached the rules of logic and the canons of Renaissance humanism in an effort to claim polemical victory over his traditionalist opponents such as Thomas Harding. By taking such an iconoclastic approach to Jewel, this work not only offers a radical reinterpretation of the man, but of the Church he did so much to shape. It provides a vivid insight into the intent and ends of Jewel with respect to what he saw the Church of England under the Elizabethan settlement to be, as well as into the unintended consequences of his work. In so doing, it demonstrates how he used his Patristic sources, often uncritically and faultily, as foils against his theological interlocutors, and without the least intention of creating a coherent theological system.