- And the Struggle for Atlanta 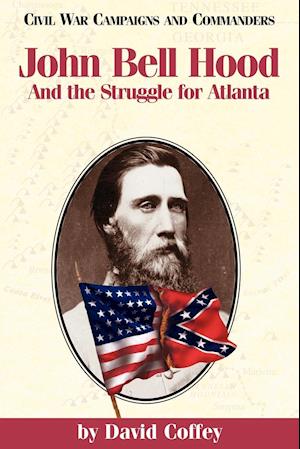 "At thirty-three years of age, Hood became the eighth and youngest of the Confederate Army's generals of full rank. He had risen through the commissioned ranks, from first lieutenant to full general, in only three years, a feat achieved by no other man during the Civil War. . . . Ultimately, Hood was selected for one reason--to fight--and no other available officer was better suited for the challenge." David Coffey's words give a succinct portrait of the ascent of John Bell Hood. His book delivers a clear and riveting evaluation of Hood's service in and command of the Western Army in Northern Georgia. The Atlanta Campaign ground on for more than four months and proved one of the most decisive of the Civil War. Cautious General Joseph Johnston was popular with the troops but, from the government's viewpoint, produced no results. Confederate President Jefferson Davis searched for a replacement with a less deliberate strategy and a more aggressive style. In short, a fighter. John Bell Hood was such a man, having led troops in battle, fighting and bleeding on behalf of the cause. He was Johnston's chief subordinate and the natural candidate as his replacement. Even so, Sherman eventually captured Atlanta and contributed to Abraham Lincoln's reelection. Hood's effort to save the railroad and manufacturing center has historically been considered a failure, with his selection as Johnston's replacement considered extremely controversial. Coffey tackles this issue, and argues for the necessity of replacing General Johnston with the most logical choice, Hood. The author also explains that, despite his scrappy reputation and aggressive style, Hood had inherited a near impossible situation in trying to save Atlanta but, according to this book, his performance was praiseworthy.