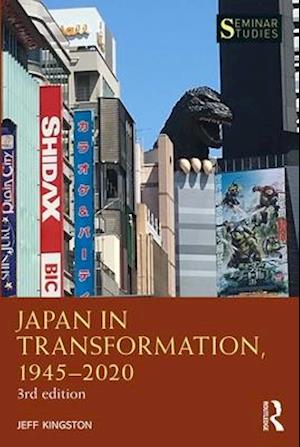 Japan in Transformation, 1945-2020 has been newly revised and updated to examine the 3.11 natural and nuclear disasters, Emperor Akihito's abdication, Prime Minister Shinzo Abe's legacies, the 2019 World Cup and the postponement of the 2020 Tokyo Olympics due to COVID-19.Through a chronological approach, this volume traces the development of Japan's history from the US Occupation in 1945 to the political consequences of the coronavirus pandemic. It evaluates the impact of the Lost Decade of the 1990s as well as key issues such as the demographic crisis, war memory, regional relations, security concerns, constitutional revision and political stagnation. In response to post-2010 developments such as Abenomics, the demise of the Democratic Party of Japan and immigration policy, chapters have been reassessed to account for changes in politics, the role of women, Japan's relationships with Asia and how and why policies have fallen short of stated goals. Overall, the volume reveals how Japan transformed into one of the largest economic and technological powers of the modern world.With a Chronology, Who's who and Glossary, this edition is the ideal resource for all students interested in Japanese politics, economy and society since the end of World War II.