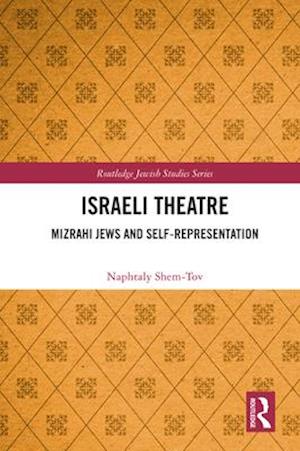 This book conceptualizes Mizrahi (Middle Eastern Jewish) theatre, unfolding its performances in the field of Israeli theatre with a critical gaze. It covers the conceptualization and typology, not along a chronological axis, but rather through seven theatrical forms. The author suggests a defi nition of Mizrahi theatre that has fl uid boundaries and it can encompass various possibilities for self-representation onstage.Although Mizrahi theatre began to develop in the 1970s, the years since the turn of the millennium have seen an intense flowering of theatrical works by second- and third-generation artists dealing with issues of identity and narrative in a diverse array of forms. Mizrahi theatre is a cultural locus of self-representation, generally created by Mizrahi artists who deal with content, social experiences, cultural, religious, and traditional foundations, and artistic languages derived from the history and social reality of Mizrahi Jews in both Israel and their Middle Eastern countries of origin. Critically surveying Mizrahi theatre in Israel, the book is a key resource for students and academics interested in theatre and performance studies, and Jewish and Israeli studies.