- Imagining Public Opinion from the Revolution to Reconstruction 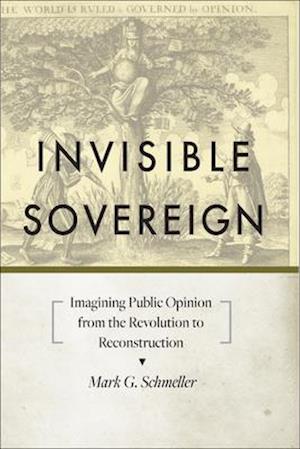 This history of early American political thought examines the emergence, evolution, and manipulation of public opinion. In the early American republic, the concept of public opinion was a recentand ambiguousinvention. While appearing to promise a new style of democratic politics, the concept was also invoked to limit self-rule, cement traditional prejudices, stall deliberation, and marginalize dissent. As Americans contested the meaning of this essentially contestable idea, they expanded and contracted the horizons of political possibility and renegotiated the terms of political legitimacy. Tracing the concept from its late eighteenth-century origins to the Gilded Age, Mark G. Schmeller's Invisible Sovereign argues that public opinion is a central catalyst in the history of American political thought. Schmeller treats it as a contagious idea that infected a broad range of discourses and practices in powerful, occasionally ironic, and increasingly contentious ways. Ranging across a wide variety of historical fields, Invisible Sovereign traces a shift over time from early ';political-constitutional' concepts, which wrapped pubic opinion in the language of constitutionalism, to more modern, ';social-psychological' concepts, which defined public opinion as a product of social action and mass communication.