- The Representation of Women in French-Language Comics 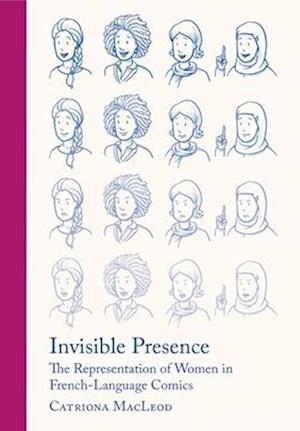 This book looks at the representation of female characters in French comics fromtheir first appearance in 1905. Organised into three sections, the book looks at the representation of women as main characters created by men, as secondarycharacters created by men, and as characters created by women.It focuses on female characters, both primary and secondary, in the francophonecomic or bande dessinee, as well as the work of female bande dessinee creatorsmore generally. Until now these characters and creators have received relativelylittle scholarly attention; this new book is set to change this status quo.Using feminist scholarship, especially from well-known film and literary theorists, the book asks what it means to draw women from within a phallocentric, male-dominated paradigm, as well as how the particular medium of bande dessinee, itsform as well as its history, has shaped dominant representations of women.This is the first book to study the representation of women in the French-languagedrawn strip. There are no other works with this specific focus, either on women inFranco-Belgian comics, or on the drawn representation of women by men. This is a very useful addition to both general discussions of French-language comics, and to discussions of women's comics, which are focused on comics by women only.As it is written in English, and due to the popularity of comic art in Britain and theUnited States, this book will primarily appeal to an Anglo-American market.However, the cultural and gender studies approach this text employs (theoreticalframeworks still not widely seen in non-Anglophone studies of the bande dessinee) will ensure that the text is also of interest to a Franco-Belgian audience.This book will appeal both to an academic and to a more general readership with an interest in popular comic art.It will be useful to academics, researchers and students (undergraduates andpostgraduates) in comic art, art history, contemporary art, French studies, genderstudies, feminist studies and media studies. Excellent potential for inclusion onreading lists.With a focus on an art-form which also inspires a lot of public (non-academic)enthusiasm, it will also appeal to fans of the bande dessinee (or wider comic artmedium) who are interested in the representation of women in comic art, and tocomics scholars on a broad scale.

Forfattere
Bibliotekernes beskrivelse The most complete study of women in French-language comics to date - and the first published in English. Taking a two-pronged approach of historical and case-study analysis, and with a chronological span of over a century, it is the fullest examination thus far of female depiction in Francophone sequential art. 16 plates, 7 col. 9 b/w. 9 Plates, black and white; 7 Plates, color