- Meet the Creatures Who Inspired Our Everyday Technology 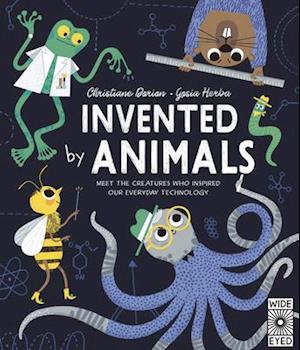 Often human scientists try and solve a problem or invent a new tool and they realise that animals have already invented it for them. In this book you will meet the animal inventors who have shared their super inventing powers to make amazing things for humans.

We have invented ways of solving problems, making unbelievable materials, ways of getting around and working out how to survive on our own for millions of years. Sometimes when a human inventor gets stuck, they come to the animal kingdom to see if we can help them out. In this book you will meet the cr me de la cr me of animal innovators who have created or are in the process of inventing things that people use every day.

Meet the shark who invented a pair of swimming shorts so fast, they were banned from the Olympic games. And meet the snail who has invented a house that stays cool inside even in the desert.