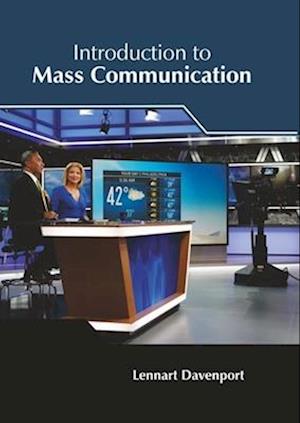 The process of using mass media to exchange information with a large segment of the population is known as mass communication. It is generally used to transmit information to a large number of people who are situated at a considerable distance from the source of information. The way in which the content of mass communication persuades or otherwise affects the behavior, the attitude, opinion, or emotion of the people receiving the information is studied under this discipline. There are many mediums which are used for mass communication such as television, radio, social networking, billboards, newspapers, film, and the Internet. A few of the tools of mass communication are advertising, journalism, public relations and social media. The extensive content of this book provides the readers with a thorough understanding of the subject. Those in search of information to further their knowledge will be greatly assisted by this book.