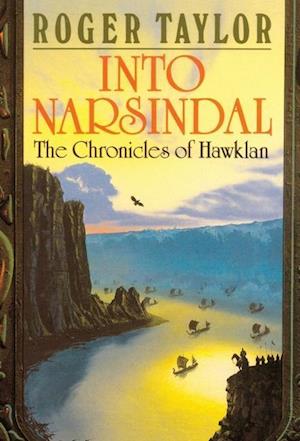 The evil Lord Dan-Tor has at last been driven out of Fyorlund and has retreated to Narsindal, the realm of his dread master Sumeral. But Hawklan and his allies have won no more than a breathing space, for Dan-Tor is gathering his forces for a massive onslaught on all the free lands.

An alliance of the free peoples must be forged, even those of peaceful Orthlund, to stand against Sumeral's dark battalions. The dwellers in the air and the mysterious inhabitants of the lands beneath the mountains must also play their part.

A brave alliance; yet so great are Sumeral's forces that it can do no more than stave off the hour of defeat a little while.

For Hawklan and the raven, Gavor, the road ahead is lonely and unknowable, for they must confront Sumeral himself, and in so doing discover, at last, what secret lies buried so deep in Hawklan's soul.

The fourth book of the epic fantasy series, "The Chronicles of Hawklan".