Interview With The Vampire

indgår i serie The Vampire Chronicles 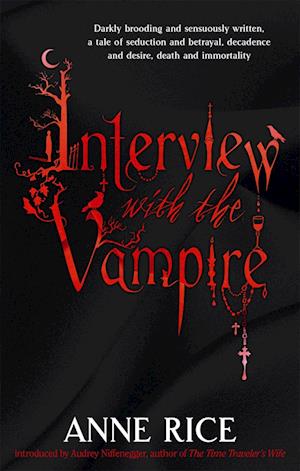 From #1 New York Times bestselling author Anne Rice, this sensuously written spellbinding classic remains 'the most successful vampire story since Bram Stoker's Dracula' (The Times)In a darkened room a young man sits telling the macabre and eerie story of his life - the story of a vampire, gifted with eternal life, cursed with an exquisite craving for human blood. When Interview with the Vampire was published the Washington Post said it was a 'thrilling, strikingly original work of the imagination . . . sometimes horrible, sometimes beautiful, always unforgettable'. Now, more than forty years since its release, Anne Rice's masterpiece is more beloved than ever.***The Vampire Chronicles is soon to be a major TV show***Also in the Vampire Chronicles:The Vampire LestatThe Queen of the Damned