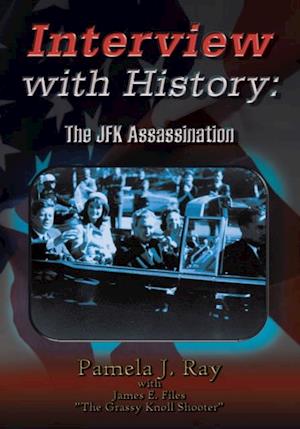 looks behind the scenes at some of the most shocking and horrific things going on here in America starting with the daytime assassination of President John F. Kennedy and the implications it serves up to the citizens of a 'free country.' The author, Pamela Ray, along with James Files, former CIA/Mob hit man, the infamous 'grassy knoll shooter' explore the truths behind some basic questions still lingering decades after the JFK assassination:Why was President Kennedy killed?Who benefited?Who had the power to cover it up?And more specificallyDid Lee Harvey Oswald spend time with James Files the week beforeNovember 22, 1963?Why?Did Files and Oswald have the same CIA controller, David A. Phillips?Was there a military and CIA presence inDealeyPlazawhen the fatal shots were fired?What is the 'Military-Industrial-Complex' and why were American citizens warned about it by President Eisenhower in his farewell address to the nation?Are some of the same players from 1963 involved in today's headlines?What does all this indicate?These questions and more will be looked at as Ray and Files discuss the events surrounding the fateful day inDallaswhen 'a whole new form of government took over.'During the course ofInterview with History, the authors delve into other related shadowy underworld subjects where it is hard to tell where Organized Crime stops and the CIA (and otherU.S.government agencies) begin.