- German Popular Cinema and European Co-Productions in the 1960s 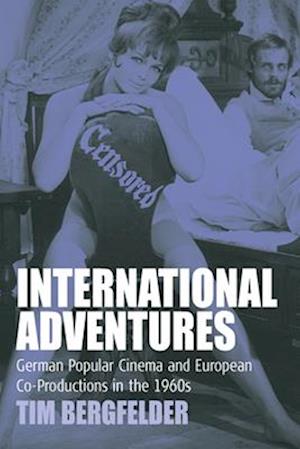 West German cinema of the 1960s is frequently associated with the emergence of a new generation of filmmakers, collectively known by the 1970s as the "New German Cinema." Yet for domestic and international audiences at the time, German cinema primarily meant popular genres such as exotic adventure films, Gothic crime thrillers, westerns, and sex films, which were dismissed by German filmmakers and critics of the 1970s as "Daddy's Cinema."

International Adventures provides the first comprehensive account of these genres, and charts the history of the West German film industry and its main protagonists from the immediate post-war years to its boom period in the 1950s and 1960s. By analyzing film genres in the context of industrial practices, literary traditions, biographical trajectories, and wider cultural and social developments, this book uncovers a forgotten period of German filmmaking that merits reassessment.

International Adventures firmly locates its case studies within the wider dynamic of European cinema. In its study of West German cinema's links and co-operations with other countries including Britain, France, and Italy, the book addresses what is perhaps the most striking phenomenon of 1960s popular film genres: the dispersal and disappearance of markers of national identity in increasingly international narratives and modes of production.