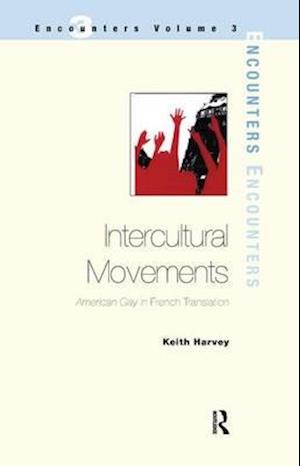 How was American gay liberation received in France between the events of Stonewall and the AIDS crisis?What part did translations of American 'gay fiction' play in this reception?How might the various intercultural movements that characterize the French response to 'American gay' be conceptualized as translational?Intercultural Movements attempts to answer these questions by situating detailed analyses of key textual and paratextual dimensions of selected translations within an understanding of the French fascination in the 1970s with the model of gay emancipation in the United States. Through an examination of the translations of Andrew Holleran's Dancer from the Dance, John Rechy's Rushes and Larry Kramer's Faggots, the book explores the dynamic of attraction, assimilation, transformation and rejection that characterizes French attitudes at the time. In particular, representations of the figure of the 'queen' - of the effeminate homosexual - are identified as particularly sensitive textual zones for understanding French views on homosexual emancipation in the light of American developments. Key figures involved in these debates include translators, academics and activists such as Alain-Emanuel Dreuilhe, Michel Foucault, Guy Hocquenghem, Brice Matthieussent, Philippe Mikriammos and Georges-Michel Sarotte - many of whom lived out the translational pressures of the time through various types of physical (as well as textual) displacement into the foreign space.More broadly, the book envisages using translation and translatedness as the paradigm case for all sorts of intercultural traffic while also intimating the possibility of an intercultural studies predicated upon a vision of cultural spaces as necessarily traversed and constituted by (mis)recognitions of cultural others.