- Wade, I: Intellectual Development of Voltaire 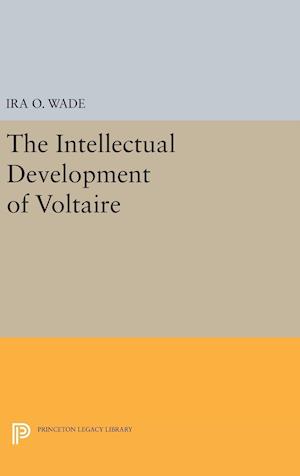 In this comprehensive study of Voltaire's intellectual development, he provides the first full treatment of the effect of the English experience on Voltaire, the diversity of activity at Cirey, and the relation of Voltaire's thought to 17th- and 18th-century philosophy. By devoting considerable attention to the movements, the personal relationships, and the environments that influenced Voltaire, Professor Wade is able to illuminate the sources of Voltaire's thought and show at the same time how he wove them into a unique synthesis. A final chapter in the book contains a general summation of the importance of Voltaireanism as a philosophy of life. Originally published in 1969. The Princeton Legacy Library uses the latest print-on-demand technology to again make available previously out-of-print books from the distinguished backlist of Princeton University Press. These editions preserve the original texts of these important books while presenting them in durable paperback and hardcover editions.The goal of the Princeton Legacy Library is to vastly increase access to the rich scholarly heritage found in the thousands of books published by Princeton University Press since its founding in 1905.