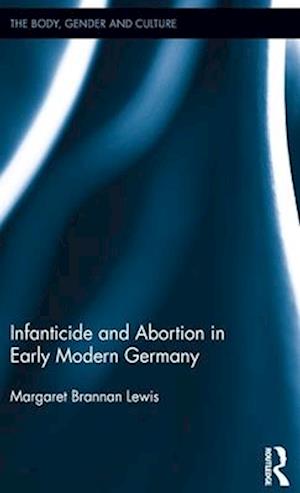 This book is the first work to look at the full range of three centuries of the early modern period in regards to infanticide and abortion, a period in which both practices were regarded equally as criminal acts. Faced with dire consequences if they were found pregnant or if they bore illegitimate children, many unmarried women were left with little choice. Some of these unfortunate women turned to infanticide and abortion as the way out of their difficult situation. This book explores the legal, social, cultural, and religious causes of infanticide and abortion in the early modern period, as well as the societal reactions to them. It examines how perceptions of these actions taken by desperate women changed over three hundred years and as early modern society became obsessed with a supposed plague of murderous mothers, resulting in heated debates, elaborate public executions, and a media frenzy. Finally, this book explores how the prosecution of infanticide and abortion eventually helped lead to major social and legal reformations during the age of the Enlightenment.

Forfattere
Bibliotekernes beskrivelse Using a wide range of contemporary sources, Lewis presents a nuanced study into the changing nature of infanticide in Germany over three centuries. Infanticide and abortion were complex crimes with a variety of causes, perpetrators and punishments. These crimes and the reaction to them are placed in the wider context of the of the period. 11 Halftones, black and white; 1 Tables, black and white; 11 Illustrations, black and white