In the Name of God

- The Evolutionary Origins of Religious Ethics and Violence 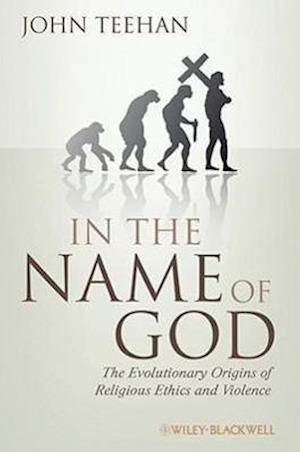 Religion is one of the most powerful forces running through humanhistory, and although often presented as a force for good, itsimpact is frequently violent and divisive. This provocative workbrings together cutting-edge research from both evolutionary andcognitive psychology to help readers understand the psychologicalstructure of religious morality and the origins of religiousviolence. * Introduces a fundamentally new approach to the analysis ofreligion in a style accessible to the general reader * Applies insights from evolutionary and cognitive psychology toboth Judaism and Christianity, and their texts, to help understandthe origins of religious violence * Argues that religious violence is grounded in the moralpsychology of religion * Illustrates its controversial argument with reference to the9/11 terrorist attacks, and the response to the attacks from boththe terrorists and the President. Suggests strategies for beginningto counter the divisive aspects of religion * Discusses the role of religion and religious criticism in thecontemporary world.Argues for a position sceptical of the moralauthority of religion, while also critiquing the excesses of the new atheists for failing to appreciate the moralcontributions of religion * Awarded Honourable Mention, 2010 Prose Awards

Forfattere
Bibliotekernes beskrivelse Contrary to the popular belief that religious violence is a corruption of true religion, carried out by individuals who twist its teachings, Teehan argues that religious violence is in fact grounded in the moral psychology of religion. In the Name of God represents a fundamentally new approach to the analysis of religion.PRIZES:Commended for PROSE (Philosophy) 2010