In the Big Scheme of Things 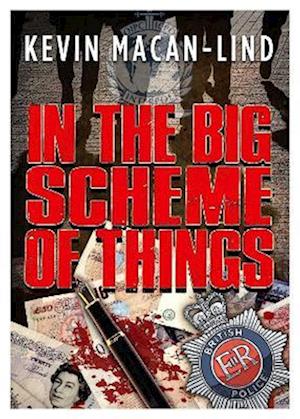 Following up on an opportunity to get his book published, David Jones becomes embroiled in a web of intrigue following a murder linked to his publisher and then, the police who investigate it.While trying to establish the right thing to do, Jones finds himself getting drawn into the world of DS Paul Craven, an officer with a chequered past.But Jones and Craven have their own agendas to follow and as one works to attain his ambition to have his book published, the other, unbeknown to Jones or colleagues, tries to bring down a branch of the European mafia while fending them off as they seek their revenge. The two very different strands of the story involve a possible involvement with Hollywood on the one hand and Interpol on the other as both men try to balance the achievement of their aims alongside a deepening involvement with the important women in their lives. Jones and Craven find their lives going in directions and ending up in places they never imagined.

Forfatter
Bibliotekernes beskrivelse Following up on an opportunity to get his book published, David Jones becomes embroiled in a web of intrigue